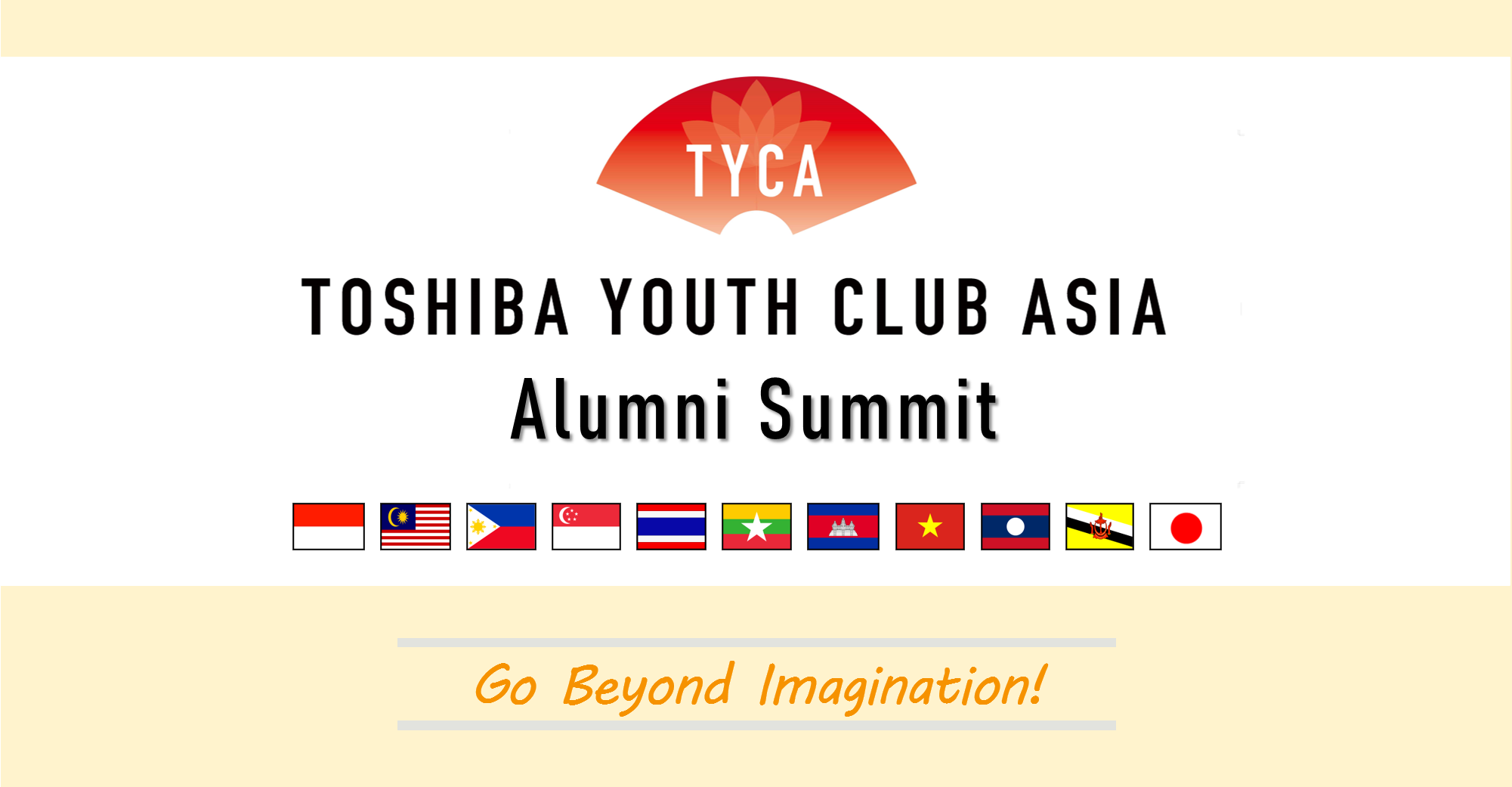 In part three, TYCA Alumni Summit was held, consisting of presentation of respective vision of the five alumni representatives for five different themes.

The purpose of the summit was, by presenting the individual goals and vision, these alumni representatives will receive encouragement from their colleague alumni as well as reinforcing their determination to move forward toward their dreams.
Starting from January 17 through February 8, 2022, the call for applications for a possible presentor, was made toward all the 100 alumni who had joined TYCA between 2015 and 2019. Eventually, despite the very short period of call for applications, we received 14 alumni applications.

After reviewing all these applications, all 14 applications were recognized as highly qualified for awards, and all the applicants were decided as the winners of the summit. The winners were grouped into five different theme groups, namely, technology; entrepreneurship; environment, healthcare and international relations. And for each theme, one presenter was appointed to make a representative presentation, followed by comments by their alumni colleagues. 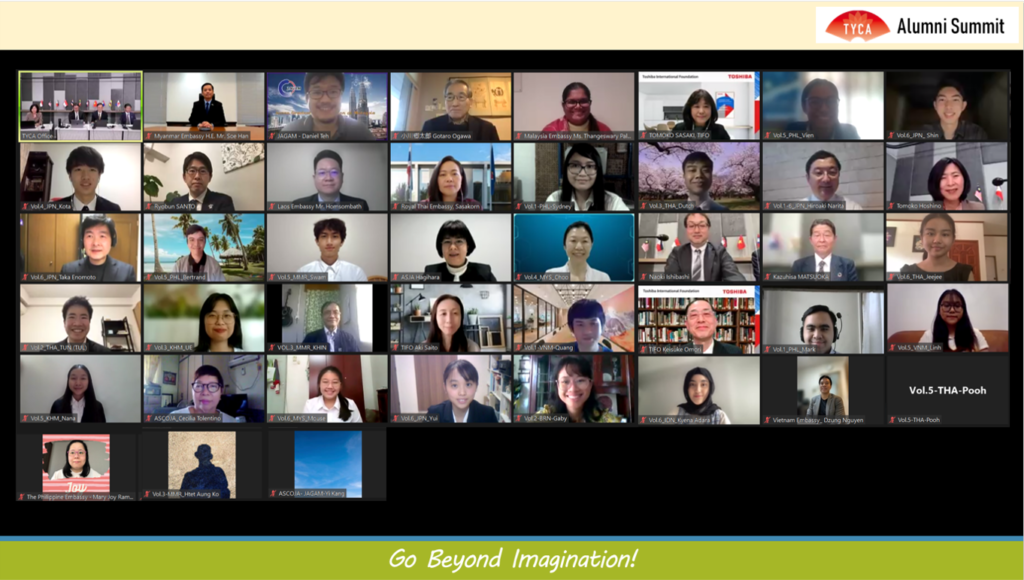 The summit was honored by the presence of dignitaries representing ASEAN countries, including His Excellency Mr. Soe Han, Ambassador Extraordinary and Plenipotentiary of the Republic of the Union of Myanmar, and Ms. Thangeswary Paleswaran, First Secretary, the Embassy of Malaysia, Ms. Mary Joy Ramirez, First Secretary and Consul, Cultural Section, the Embassy of the Republic of the Philippines, and senior officials representing embassies of Vietnam, Lao PDR, Thailand. 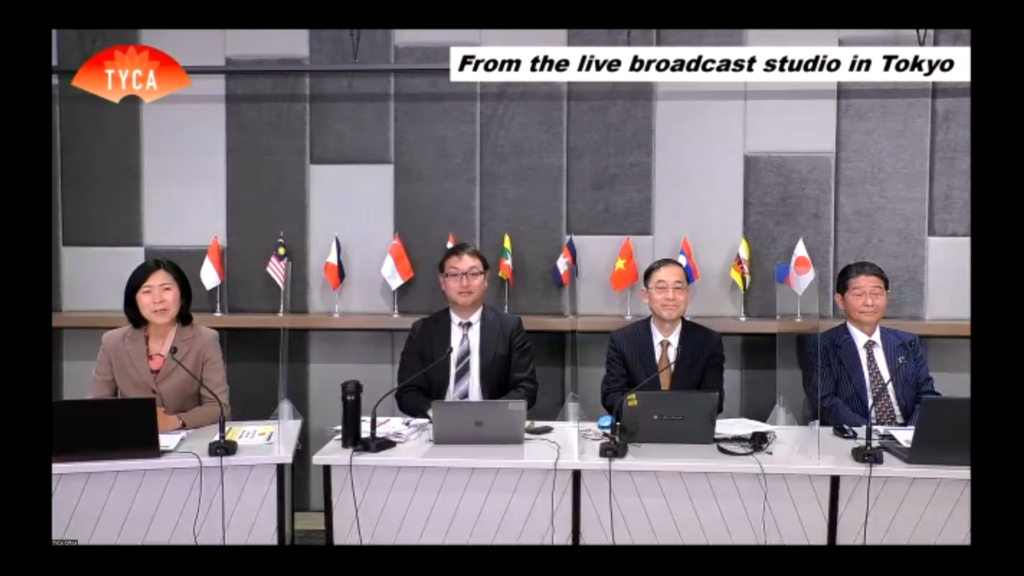 Following the opening remarks by Mr. Keisuke Omori, President of TIFO (second from right), the presentation by five alumni was moderated by Professor Ishibashi (second from left), one of the founders of TYCA.

The five different themes and the representative speakers who made the presentation and the colleague alumni who joined each session was as follows. Their names (nicknames in parenthesis) are followed by the current affiliation and the countries which they study or work in.

Five alumni talked about personal vision for the year 2040, and what they were channeling their resources these days to make the dreams come true. They also discussed what they see as the largest obstacles for their vision and how they intend to cope with them. They also talked about how the outbreak of Covid-19 affected their career vision, and thoughts on the closer collaboration between ASEAN countries and Japan. 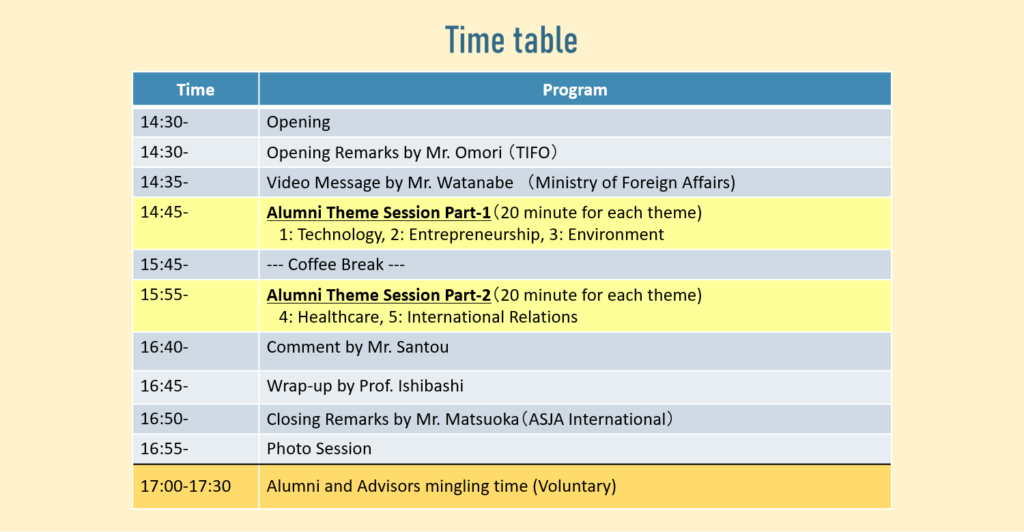