In part two of this project, we conducted two special webinars, on February 28 and March 5, inviting two young prominent innovators in Japan. The purpose was to provide the TYCA alumni, the next-generation leaders of society, with opportunities to gain new insights to enrich their future career or vision.

Mr. Santou is a deputy dean, Nitobe Bunka Gakuin High School, a private high school in Tokyo. He is an outstanding leader in the Japanese educational community. His uniqueness is he wants to redefine the meaning of education toward something that will closely connect education and the society, by building SDGs in education, and creating many types of unique on-sight fieldworks, involving young students in the forefront of Japan’s actual various social issues such as aging society, depopulation in local towns, or the decline of the primary industry such as fishing or forestry.

Mr. Santou first introduced the summary of his major engagements of today in his school and in his role as NPO representatives, and elaborated what led him to pursue these activities. He mentioned a trip to Bolneo as a JICA intern. It was a defining moment to rethink his life-time mission as an educator, as he was strongly moved by the earnest voices of elementary school students of Bolneo, as they all echoed their passion to contribute to the betterment of society as the main motivating factor to receive education. He then put the perspective of education in the historical timeline in the UNESCO roadmap, and questioned the audience with a big question. “What to let go; What to preserve; and What to create toward the ideal education of 2050.” The key question was posed to the alumni one week before the webinar in a questionaire, and the result of the responses by the alumni was announced and shared by Mr. Santo during the webinar. By appreciating and commenting on the answers from the participants, he introduced his own answer to the big question.
He concluded that, despite the ongoing negative news and discussions of Covid 19, we should regard these challenges as invaluable opportunities for change, and shared his strong belief in the unlimited potentials of young generation of people. 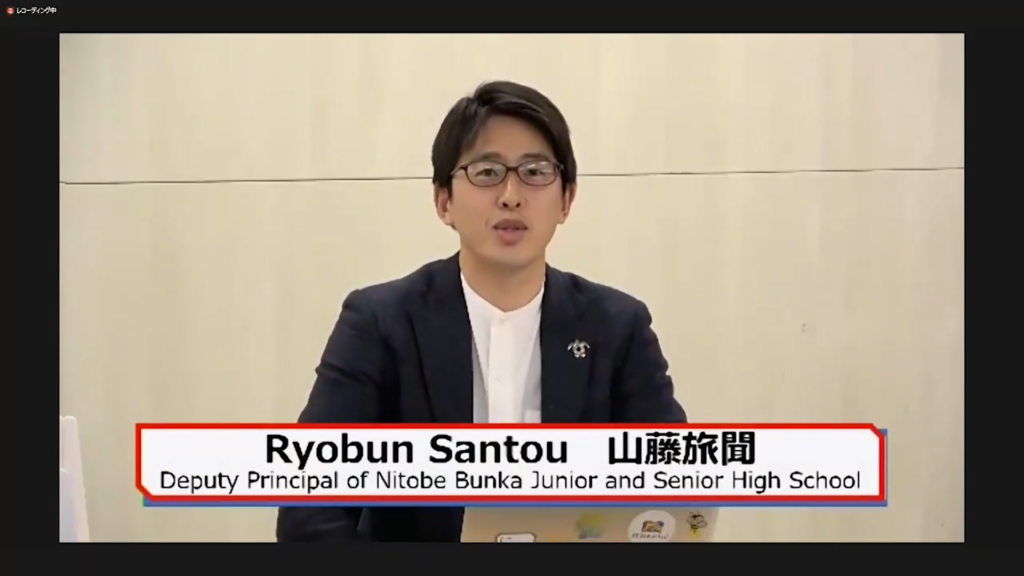 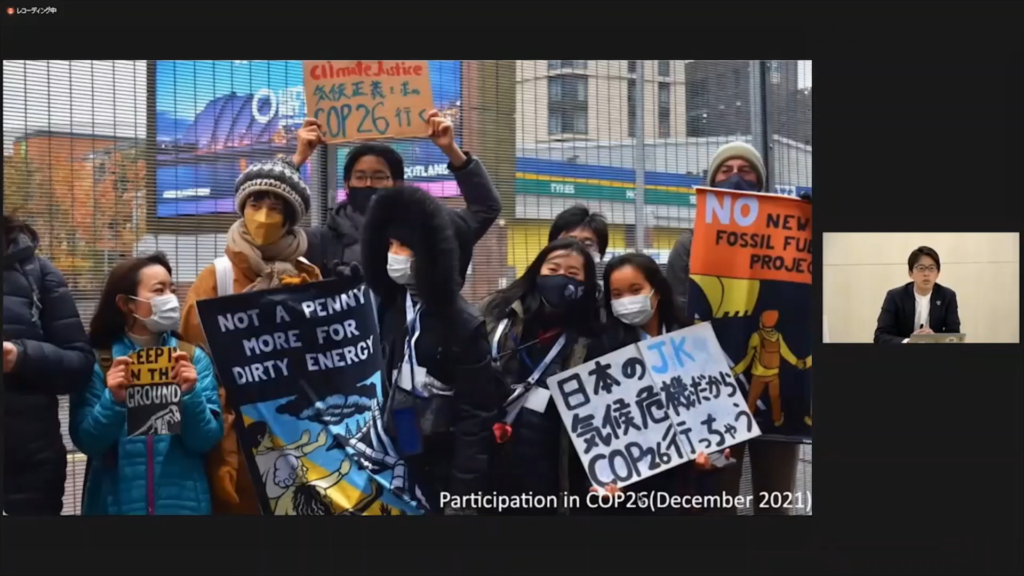 “What to let go; What to preserve; and What to create toward the ideal education of 2050.”
(Alumni’s actual comments submitted before the webinar) 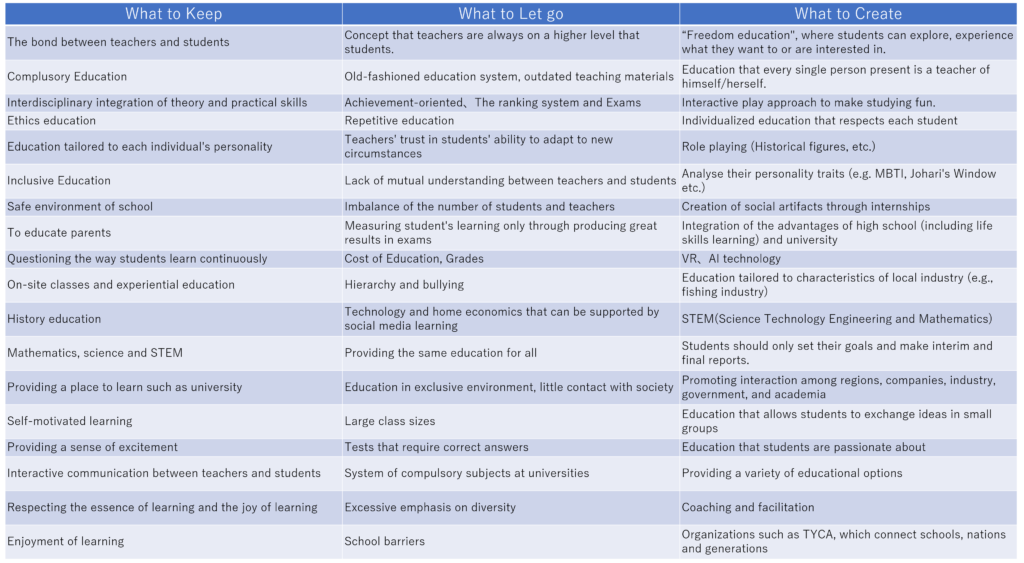 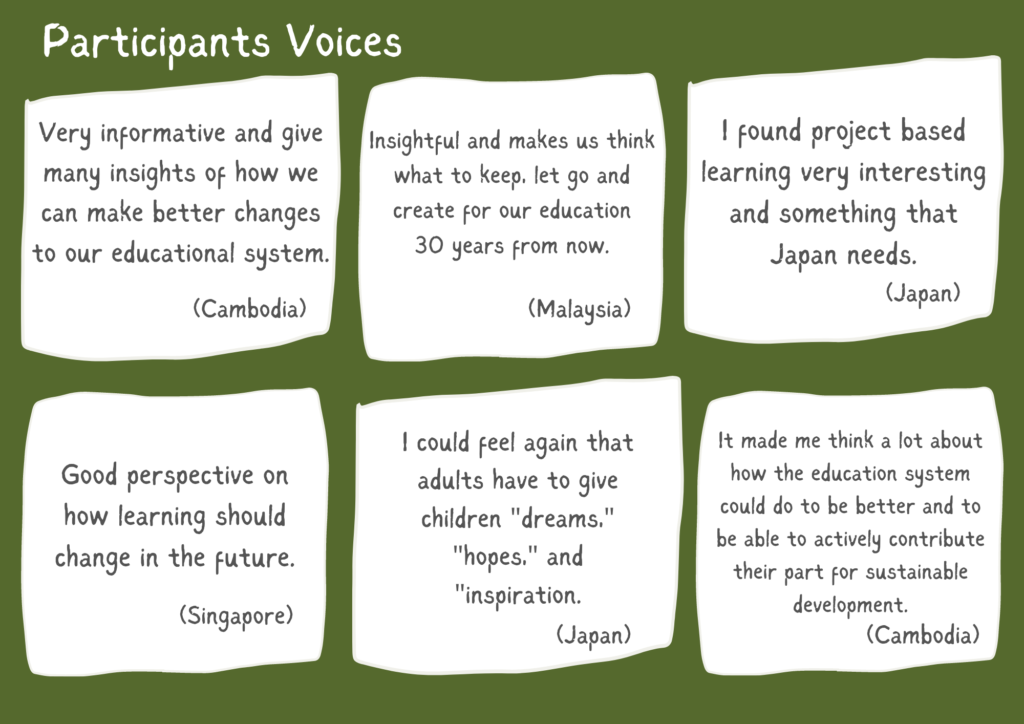 Mr. Nagasaka is a young artist in late 30s, who is engaged in highly unique artwork using the e-wastes dumped in the community of Ghaha, Africa, as the key material to constitute his artwork. His lecture started with reflection of his experience in his 20s, as a street artist who travelled many countries, including the United States, France and China. He then came to know that there is a huge dump site of scrapped electronic devices, so-called e-waste, such as smartphones, television, personal computers or all other gadgets dumped from all around the world in a local slum in Ghana.

In the community, he explained, people make a living by burning these wastes and get the wires or minerals for resale. Many people die of diseases by inhaling the toxic gas by burning e-waste consumed in the advanced countries, including Japan. He realized his lifetime mission is to contribute to the lives of these people by utilizing these pennyless waste as source for his art and express his message, and create a unique triangle of “sustainable capitalism”, consisting of art, environment, and economy. He remarked a major hint to this unique vision was gained from his American friend who introduced the purpose of her profession as an organic cosmetics specialist is to contribute to building the environmentally-friendly, sustainable society.

He then talked about the e-waste museum and a school in the community he built to support the local children, and shared his latest projects to diversify his business including animation business, featuring “Millie-chan”, a character he invented. He introduced his long-term vision to offer the local residents other means of living such as tree planting using bio technology and eventually building and presenting a smart community, featuring a large plastic recycling plant. He concluded with an earnest message toward the alumni by encouraging them to contribute to “sustainability” in their individual ways.

Some people call him a rebirth of Picaso, and some of his artworks now sell at more than 100,000 US dollars each. His challenges were featured in a Hollywood movie, and premier started in New York on March 31st.
Due to his large contribution to Abgokblosie, he was appointed as a chief in one of the local towns, as the only non-African person designated in such ways. 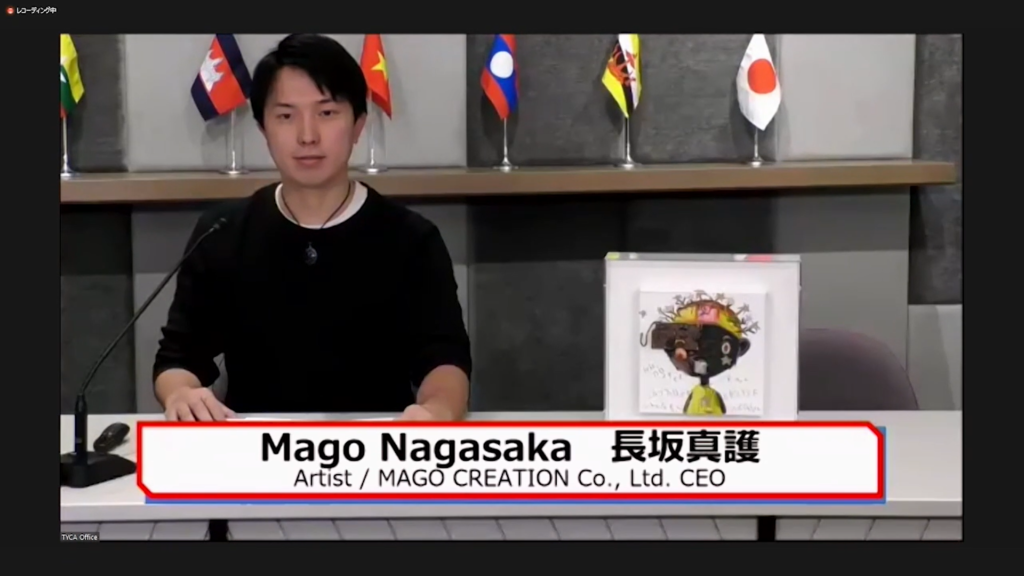 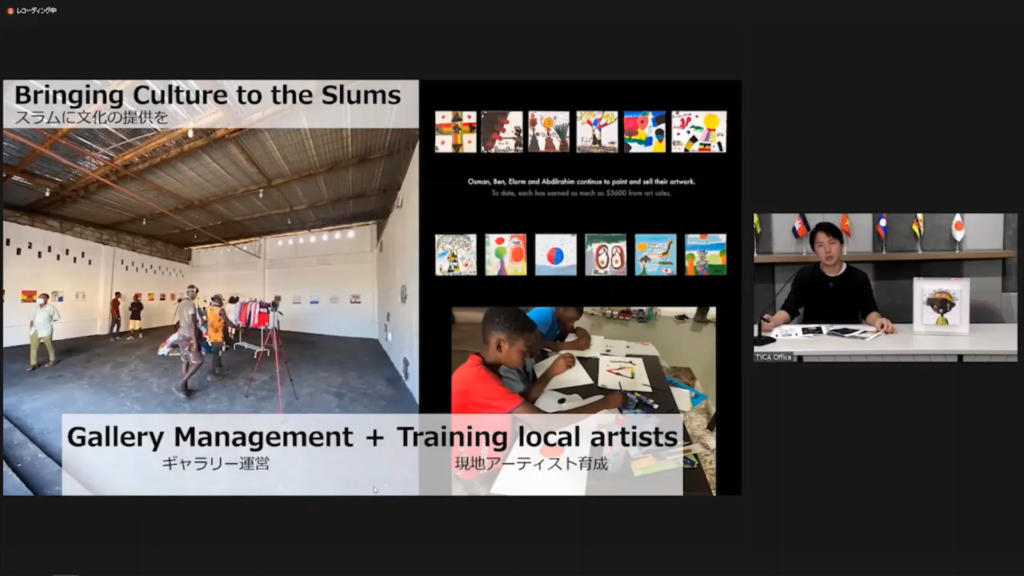 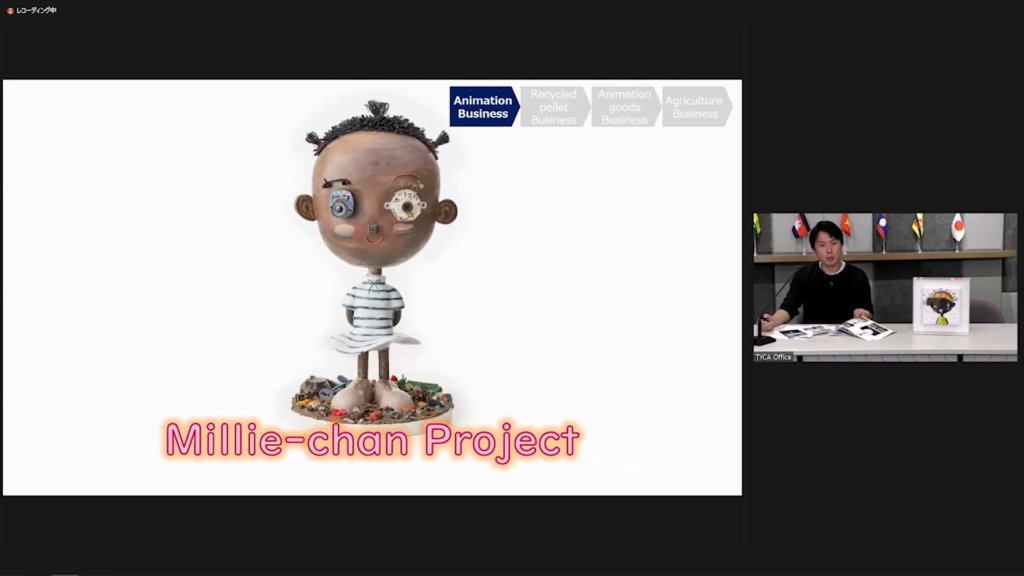 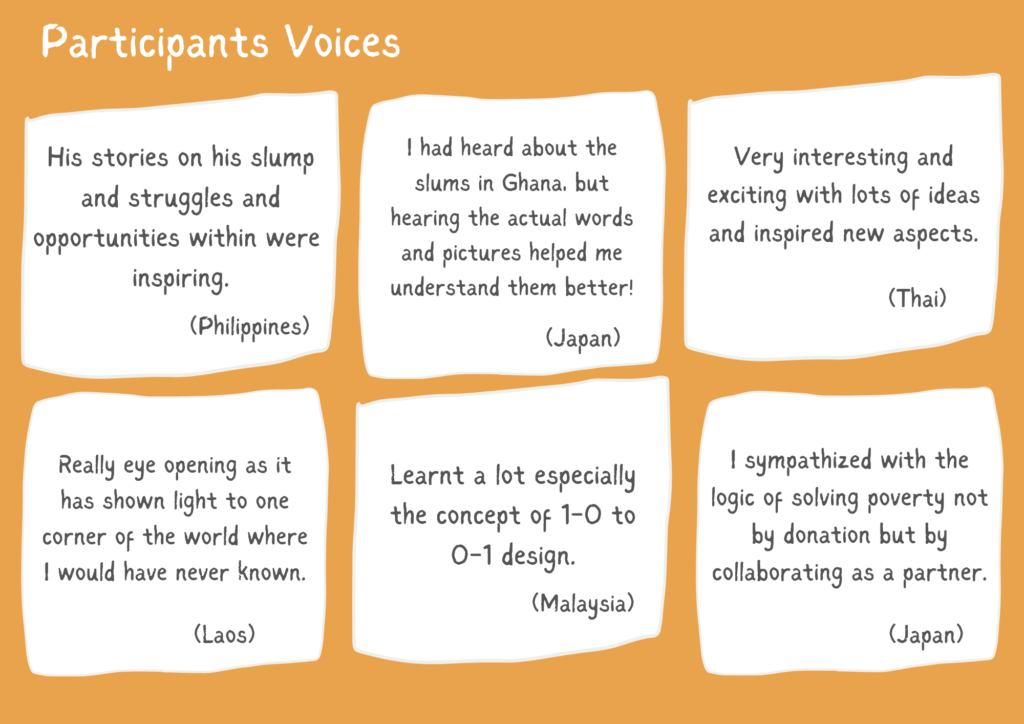